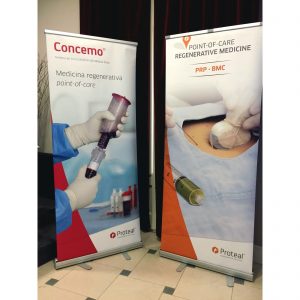 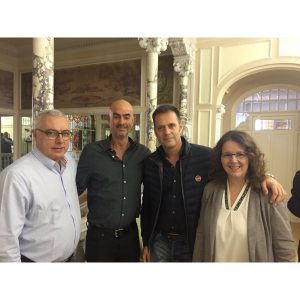 Doctors Lozano, Sabatés and Morera attended the meeting on cell therapies held in Barcelona at the Creu Blanca Clinic and led by the biologist Luis Vidal, where they analyze the current situation and the level of evidence of therapies with biological products, mainly concentrated marrow that is.

Bone marrow concentrate is a product that produces a non-negligible regenerative and anti-inflammatory activity, with a high level of safety and reproducibility.

Since the indication of these therapies is one of the most important pillars for their success, COTCAT has included its use in cartilage, intervertebral discs and certain bone conflicts, such as delays or lack of consolidation.